Concha Balsemão is the new Semente Surfboards team rider. The 15-year-old surfer from Algarve (south of Portugal) has surfed this year with our boards doing a test drive and as a way to improve her surfing. The ongoing work with our shaper Nick Uricchio had a good result and both parties have reached an agreement that is now officially announced.

Although still very young, Concha has travelled the four corners of the world in search of good waves. Her dream is to be a top athlete and qualify one day for the World Surf League Women’s Championship Tour.

Her first surf training trip took place in Australia in 2017 where she was with a coach and his group of surfers. There she followed the Championship Tour first event in the Gold Coast, surfing everyday side to side with the best surfers in the world that she admires.

In 2017 she participated in the stages of the European Pro Junior in Portugal, and was one of the breakthrough surfers of the Liga MEO national championship finishing in 7th place in one of her favorite waves (Ribeira D’Ilhas). On the last stage, in Guincho, she did even better finishing in a brilliant 3rd place. She also finished in 3rd place on the National Surf Esperanças Under 16 category.

“I really like Semente Surfboards and I feel very confident with them even when the waves are bigger,” said Concha Balsemão. “In my opinion, they are the best surfboards I’ve ever surfed. It is very important to have a close relationship with Nick Uricchio and all the Semente team that gives me more security and follow-up in my evolution. I’m proud to be part of this strong team that often are in the news in Portugal and abroad.” 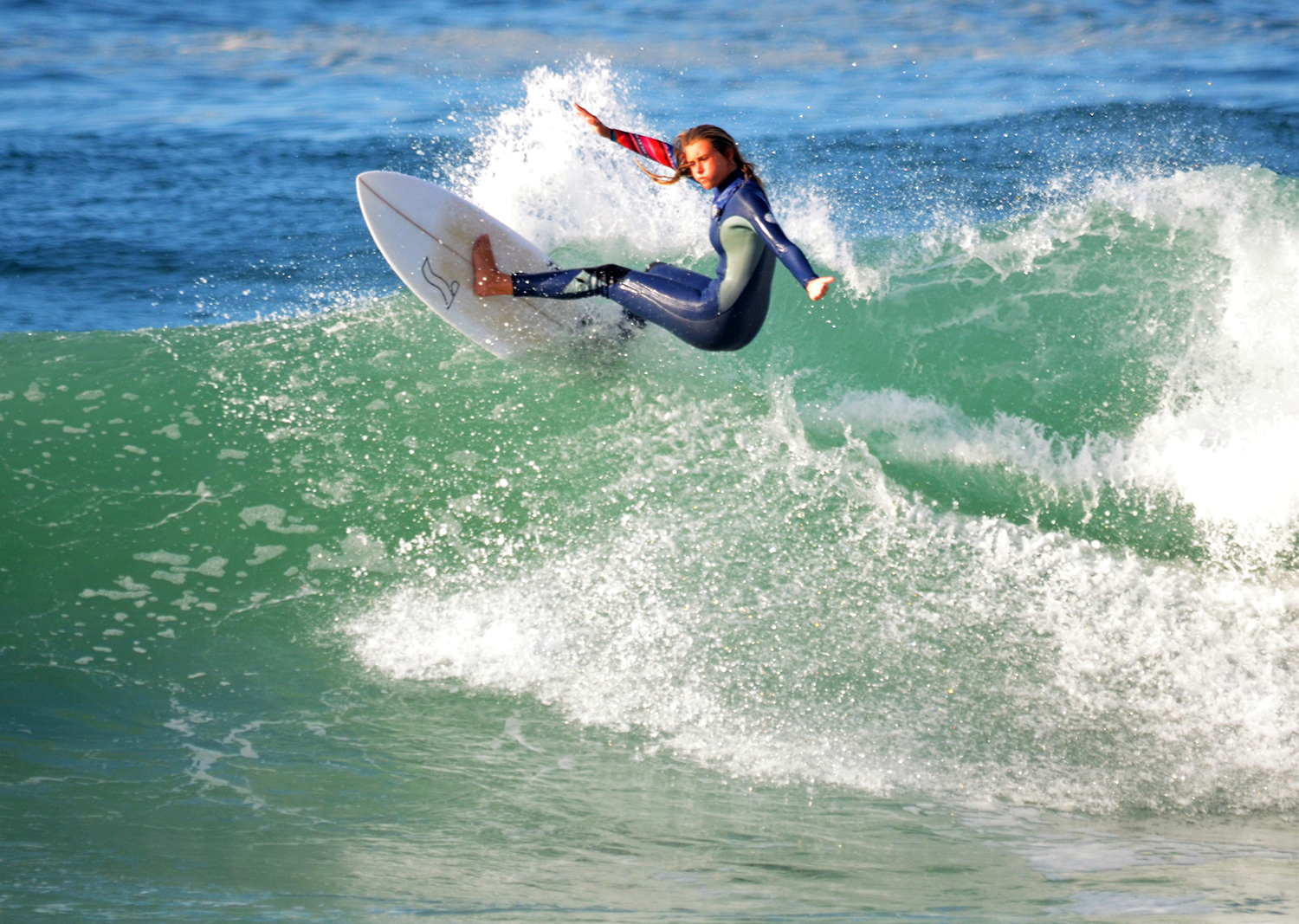 “Our work with Concha started a couple years back”, said Nick Uricchio. “Her father Henrique brought her around to try one of our boards. Since then we have been working together and refining her boards. As a shaper it has been a joy to work with her thus far, she knows where she wants to go with her surfing and has a simple way of explaining what she wants in her surfboards. Her attitude is pure stoke and it reflects in her surfing and general aura. We are glad to have her aboard the Semente team and I personally look forward to watching the progression of one of Portugal’s up and coming female surf stars. Concha is presently riding a 5`9” Bondo 18 ¾” x 2 5/16” Squash tail and a 5`10” x 18 11/16” x 2 ¼” pin tail step up for winter.”