Semente Surfboards presents Vasco Ribeiro’s magic board with which he finished in 3rd place in Moche Rip Curl Pro Portugal, in Peniche.

On his way to semifinals with this VR-14 model under his feet, Vasco defeated world Nº 2 Adriano de Souza, Owen Wright, Jeremy Flores and Michel Bourez.

“I felt good and confident with this board and it fitted perfectly in Supertubos most heavy days”, he said. “It’s a fast board but at the same time stable and maneuverable. An amazing board!”

From the shaper’s side, Nick Urichhio explains that “this board is an upgrade from the one Vasco’s surfed last year and with which he won the world and European junior titles and also was national champion”, he said. “We’ve made only minor changes in thickness due to his weight. It’s the same board he used days before in the QS 10000 event at Guincho where he finished in 5th place. This was the last of 10 boards we’ve made for our team riders and that turned out to be a special one”. 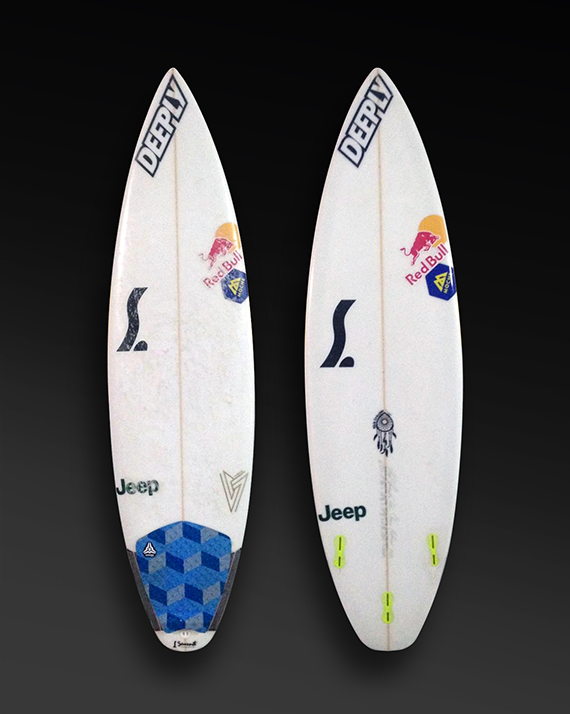